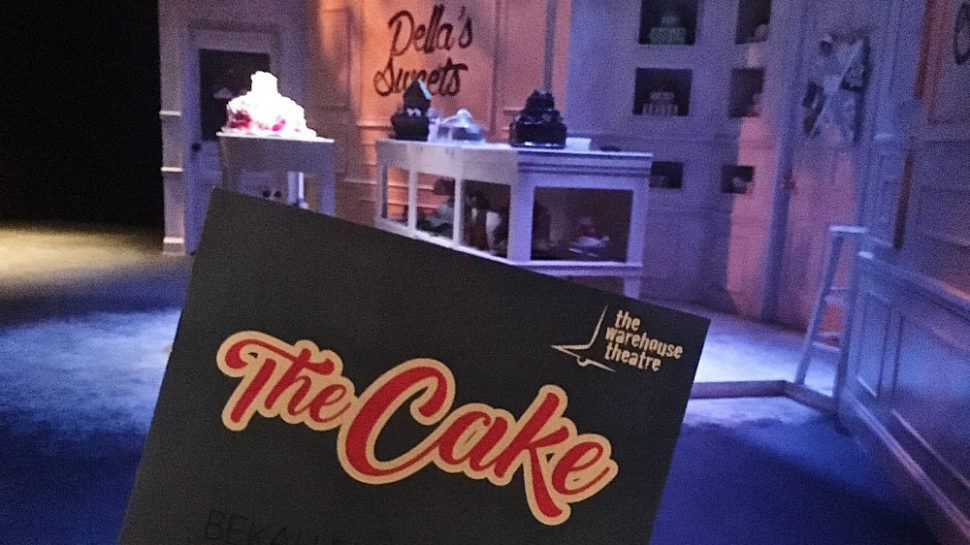 Prejudice Goes Both Ways in The Cake

This article was originally published by GVLToday on December 4th, 2017.

Bekah Brunstetter is probably better known as a writer for This Is Us (yep, the show that makes everyone cry), but she’s also spent the last few years working on a play called The Cake, having its third production ever this month at The Warehouse Theatre.

The North Carolinian writer set the play in her native state to explore the way LGBTQ+ people are viewed in the South – and the stereotypes outsiders have of Southerners.

In The Cake, Jen (the main character) wants to marry her New Yorker fiancee Macy in Jen’s home state of N.C., but when she asks her close family friend Della to make the wedding cake, Della says no. Sounds intense, but there are just as many laughs as tears.

Della feels she is remaining true to her Christian values in a fast-changing world + outspoken Macy writes Della off as an ignorant Southern bigot. The play’s biggest strength is exploring the feelings + experiences of all sides, exposing the flaws and humanity in what could easily be a cliche hero/villian story. “There are lots of plays and movies about Jen and Macy,” said Brunstetter to the New York Times. “There really aren’t very many about Della.”

It’s not news that in the South, religion plays a key role in our culture. Acceptance of LGBTQ+ people, legally and culturally, is a conversation we’re still having – and it’s important for both sides to continue the dialogue.

The GVLtoday team attended a forum before the play’s opening night called How Does Faith Shape Your Gender Role & Identity? that invited speakers + public to discuss that sometimes-difficult relationship between self and faith. Meet the women who shared their experience.

In honor of the production’s all-female crew, the forum featured an all-women lineup of voices. Stay-at-home mother and former journalist Paru Patel spoke about her Hindu religion, high school senior and founder of Youth Interfaith Roann Abdeladl discussed Islam + Rev. Susie Smith explained her Christianity and lesbian identity. For all three women, their faith gives them a sense of empowerment + strength in their womanhood and sense of self.

Rev. Smith describes herself as a born rebel, knowing she wanted to be a minister from childhood. She found herself constantly challenging the norms of her Christian religion, first in serving against tradition as a female reverend + later coming out as a lesbian and performing gay and lesbian weddings.

Abdeladl made a critical point during the forum: culture + religion are often conflated, when many times what a society believes is not necessarily dictated by their religion. She gave an example from her experience with Islam: many Americans judge Muslims based on the culture of countries like Saudi Arabia, where women were only recently allowed to drive, when in reality the Quran says that men and women are equals and the only superiority within humanity is based on level of faith.

Patel found the same to be true within the Hindu faith: many things associated with her religion aresimply cultural stereotypes. She explained that the Hindu religion worships many gods and goddesses, giving young girls positive examples of women from an early age. It’s important that varying religions be understood on a more personal level: it’s easy to see Hindu people as those who believe in reincarnation and don’t eat cow, but what does everyday life look + feel like for a Hindu person? That’s why discussions like this are so crucial.

So how does that all tie back to The Cake and LGBTQ+ experiences in the South? The play illustrates that these bigger conversations about issues that can sometimes feel abstract are very real on an individual level.

It’s easy for liberal New Yorkers to trash talk “ignorant Southerners” when they don’t see the conflict for people like Della to whom religion means so much, but who also want to support their loved ones who seem to be truly happy with a same-sex partner. And it’s easy for those who feel that gay marriage is wrong to write off progressive, granola-eating hippies without understanding the shame, isolation and fear of being themselves that LGBTQ+ people often feel. The point of The Cake is that both experiences are valid and should be heard.

Read more of this article from GVLToday HERE.