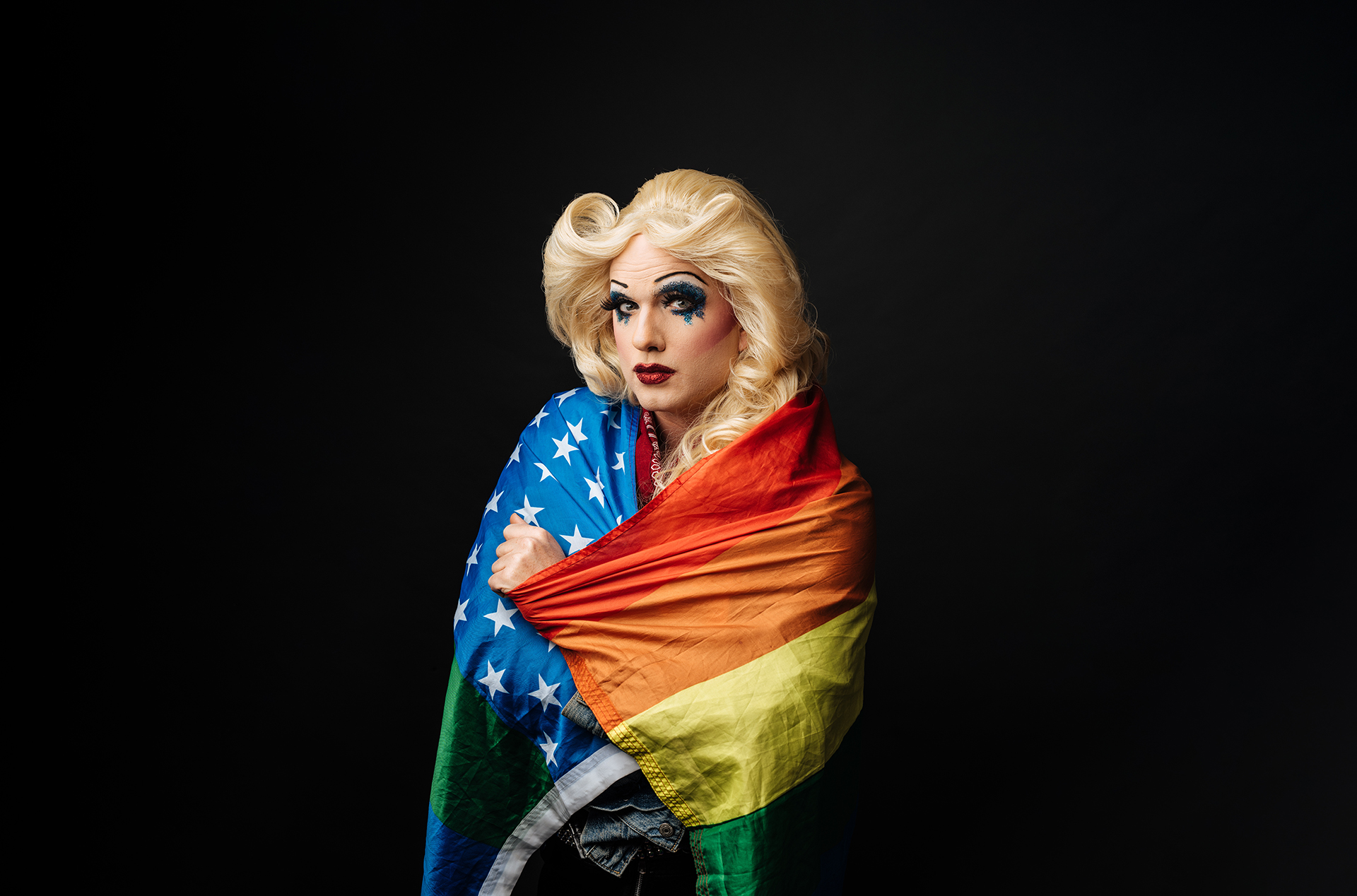 By Jason JohnsonSeptember 16, 2021No Comments

This Greenville Journal article by Donna Isbell Walker was originally published on September 15, 2021.

In March 2020, the COVID-19 pandemic brought arts and entertainment in Greenville to a screeching halt. It meant that Warehouse Theatre’s production of the popular musical “Hedwig and the Angry Inch” left the stage as the theater went dark for 18 months.

But as the arts world comes back to life this fall, the rollicking story of Hedwig returns to Warehouse Theatre, beginning Sept. 24.

“Hedwig and the Angry Inch” was in the third week of its run when the shutdown came last year.

“I love this production, and I had this idea that if we were able to reopen, it would be great to reopen with ‘Hedwig,’” said Mike Sablone, producing artistic director of Warehouse Theatre. “It’s a fantastic and fun and uplifting story.”

The show tells the story of East German Hedwig, an “internationally ignored song stylist” who is the victim of a botched sex-change operation. The musical is told in the form of a concert/comedy gig with Hedwig backed up by the band The Angry Inch.

Lead actor Clay Smith, also known for his drag persona Delighted Tobehere, returns as Hedwig and Warehouse regular Miranda Barnett reprises her role as Hedwig’s trusty companion Yitzhak. Some of the other roles, however, have been filled by other performers in the 18-month interim.

And the show has undergone a few other modifications for its return. Because “Hedwig,” which was written by actor/director John Cameron Mitchell, was designed to be adapted to add local color for the city where it’s being produced, Warehouse is adding “tons of new jokes and material,” Sablone said. “It’s a very rare script that allows you to tailor it to your location.”

There’s a little less audience interaction because of COVID-19 precautions, and a few other changes may be evident, but fans who have attended Warehouse shows over the past quarter-century should keep their eyes peeled for “Easter eggs,” nods to past productions in the way of familiar props.

“The conceit was that there was a flood in the basement, and we had to bring up everything to let it dry out. So that meant that the set was basically like a Frankenstein set, with set pieces and props,” he said.

While “Hedwig and the Angry Inch” will be the first time theater fans can gather at Warehouse post-pandemic, the theater company stayed busy during the shutdown, offering digital productions that included 11 world premieres.

Sablone said he’s proud of what Warehouse was able to accomplish during the pandemic, but “I want us to be together,” so he’s especially excited for seats to once again be filled by theater lovers.

COVID-19 protocols will be observed. The entire Warehouse staff and company is fully vaccinated. Patrons who attend the show must either show proof of full vaccination or a negative COVID-19 test within 72 hours of the performance, and they must wear masks.