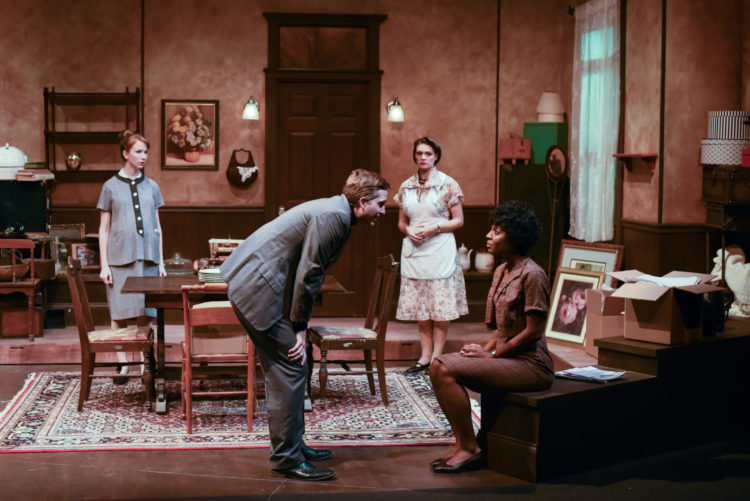 Exploration of Gentrification in Clybourne Park Hits Close to Home

By Jason JohnsonSeptember 22, 2017No Comments

This article was originally printed on September 22nd, 2017 online by the Greenville Journal.

Greenville’s unprecedented growth has sparked debate regarding affordable housing and gentrification, and the Warehouse Theatre is preparing to tackle the latter issue head-on in its production of Bruce Norris’ “Clybourne Park.”

The play, written as a spinoff to Lorraine Hansberry’s 1959 drama “A Raisin in the Sun,” is set before and after the events of Hansberry’s work. Act I takes place in 1959, when a white couple is preparing to sell their house to the neighborhood’s first black family. But during a time of racial strife, not everyone approves of the impending sale. Circumstances are reversed in Act II, set in 2009, when a white couple wants to purchase the same home, now located in a predominately black neighborhood on the verge of gentrification. The couple’s plan to demolish and rebuild the property leads to tension-filled encounters with members of the neighborhood’s housing board.

For director Jay Briggs, one of the highlights of his involvement in the production has been that “Clybourne Park” is a work that “feels relevant” to Greenville right now. “It makes coming to work every day feel like it really means something,” he says.

But bringing Norris’ script to the stage hasn’t come without its challenges.

Read more of this article from Emily Pietras of the Greenville Journal HERE.