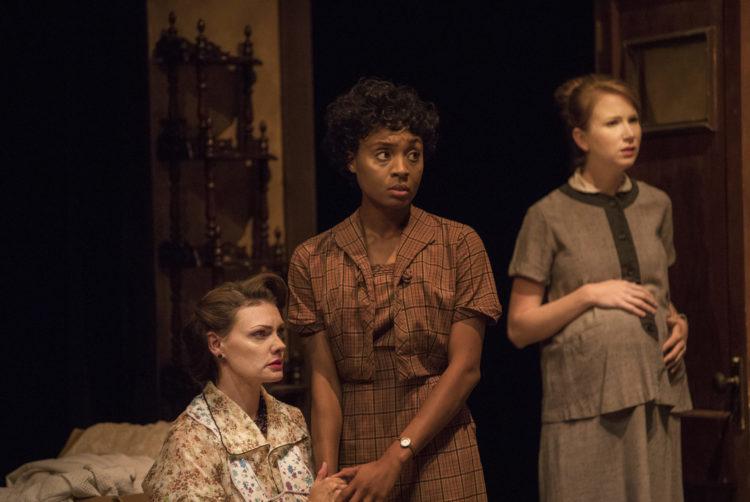 By Jason Johnson September 14, 2017 No Comments

This article was originally printed on September 14th, 2017 by the Greenville News.

Mike Sablone, Warehouse Theatre’s producing artistic director, quickly identified gentrification as one of the most pressing issues in Greenville — if not the most — when he arrived here in January.

The observation partially inspired his decision to kick off the Warehouse Theatre’s 2017-18 main stage season with “Clybourne Park,” a Pulitzer Prize-winning and Tony Award-winning play by Bruce Norris. The production, which addresses the issue of gentrification, runs from Sept. 22 through Oct. 8.

When trying to program a season, Sablone said he looks at what is happening in a community. He then likes to have plays that allow the audience to see themselves or the issues they’re facing portrayed on stage.

“More important than that, I want them entertained. I don’t want people thinking they’re coming to the theatre to get lectured,” he said.

“Clybourne Park” is both a prequel and sequel to Lorraine Hansberry’s play “A Raisin In The Sun,’” Sablone said. It examines what gentrification means to a city through a house in a fictional suburb of Chicago in a span of 50 years.

“It’s a play that examines both race and place and it’s very similar conversations separated by 50 years,” Sablone said.

While the audience gets to see sort of the progression of race relations in both acts, the play is “very, very funny,” Sablone said.

“It makes the weighty stuff less weighty when you’re allowed to laugh, be entertained, sort of be drawn into the characters and have a distance from them,” Sablone said.

Read more of this article from Angelia Davis of the Greenville News HERE.