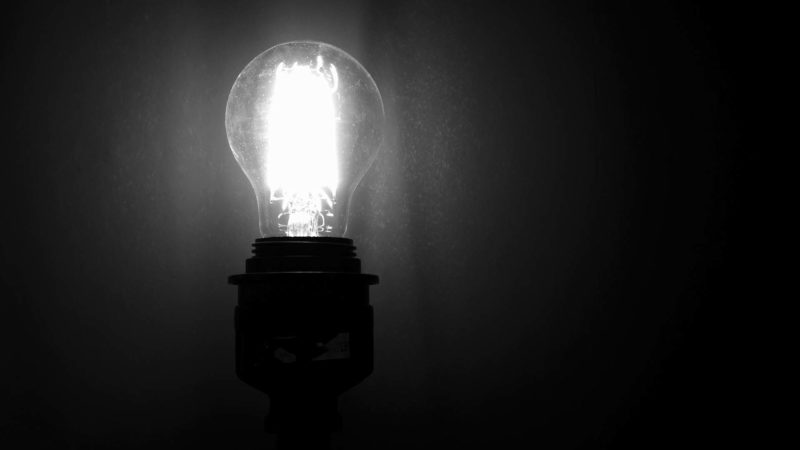 When The Lights Go Out

By Jason JohnsonMarch 30, 2020No Comments

This Paul Hyde article was originally published by Greenville Journal on March 26th, 2020.

The coronavirus pandemic is already having a major impact on Greenville’s performing arts organizations with expected losses of hundreds of thousands of dollars — or even millions — after temporarily closing their doors.

“It’s a substantial impact, and if it keeps going the way it seems like it’s going, it will be devastating,” said Mike Sablone, producing artistic director at the Warehouse Theatre.

Arts groups are urging patrons to consider donating the cost of tickets rather than requesting refunds or exchanges.

“If it is within your means to donate back that ticket price to any theater, it’s incredibly important and helpful,” Sablone said.

The Warehouse Theatre will lose tens of thousands of dollars in revenues after the cancellations of the last weekend of performances of its highly successful “Hedwig and the Angry Inch” and the entire run of “100 Saints You Should Know,” Sablone said.

“There’s so much civic pride here in Greenville. I don’t think the community at large is going let any of our wonderful cultural amenities fail.” — Alan Ethridge, executive director, Metropolitan Arts Council.

Greenville Theatre, meanwhile, lost about $20,000 in potential revenues when it canceled the last four performances of “A Gentleman’s Guide to Love and Murder,” another well-attended show, said Allen McCalla, artistic director of Greenville Theatre.

“It’s mind-numbing, the impact this is going to have, and the worst of it is that we don’t know when it’s going to end,” McCalla said.

Losses for the Greenville Symphony Orchestra, meanwhile, will likely be in the hundreds of thousands of dollars following the cancellation of the rest of its 2019-20 season — 16 performances of 10 programs.

Among the canceled Greenville Symphony concerts is the season-closer: a performance with the Greenville Chorale of Beethoven’s towering Ninth Symphony, always an important event in a community’s cultural life.

“I’ve been alive 60 years, and I’ve never seen anything like this,” said Alan Ethridge, executive director of the Metropolitan Arts Council, an umbrella arts organization in Greenville. “There’ll be a significant loss of income.”

SC losses in the millions

Statewide, losses by arts groups will be in the millions of dollars, said David Platts, executive director of the South Carolina Arts Commission.

“It’s devastating to our artists and arts organizations,” Platts said. “They didn’t make any of these decisions to cancel performances lightly, and I’m sure they made them with a lot of distress in their hearts, but they had to consider the safety of their artists and their patrons.”

Every Upstate performing-arts organization has been affected by the shutdown, with widespread cancellations and postponements of performances.

Centre Stage has postponed its big spring musical, Dolly Parton’s “9 to 5,” which was set to open March 19. Its Prisma Health Fringe Series show, “’Night, Mother,” also has been postponed.

International Ballet postponed its production of “Giselle” to June 8-9.

Canceled concerts at the Peace Center include legendary violinist Itzhak Perlman and the band America. Postponements include comedian Jay Leno and jazz artists John Pizzarelli and Catherine Russell. The latest: The national tour of Jimmy Buffett’s “Escape to Margaritaville,” originally scheduled for April 7-12, has been rescheduled to June 30-July 5 at the Peace Center.

Greenville Theatre not only canceled the last weekend’s performances of “Gentleman’s Guide to Love and Murder,” but postponed its next show, “The Dixie Swim Club,” to Aug. 13-23.

“It’s mind-numbing, the impact this is going to have, and the worst of it is that we don’t know when it’s going to end.” — Allen McCalla, artistic director, Greenville Theatre.

McCalla hopes upcoming performances of Rumours (the Fleetwood Mac tribute, May 1-3) and Greenville Theatre’s big summer musical “The Producers,” slated for June, will proceed as planned.

“If something happened and we had to change the dates of ‘The Producers,’ that would be truly devastating to the theater,” McCalla said.

Despite the hardships, Greenville arts leaders agree that closing their doors temporarily was in the best interest of the community.

“It’s tough, but it’s the responsible thing to do,” Fish said. “We want to be part of the solution rather than part of the problem.”

Sablone pointed out that arts patrons tend to be older – a demographic group that also is particularly susceptible to the coronavirus.

“The health and safety of our community comes first,” he said.

Not laying off workers

Upstate arts organizations have staff payrolls to meet, and that becomes a significantly more difficult task without ticket revenues.

Greenville Theatre, with a full-time staff of 13 and three part-time workers, relies on tickets sales to fund 70% of its $1.2 million budget.

Greenville arts organizations, however, are not laying off workers but have committed to paying full-time staff. Some are even paying part-time contractors.

The Greenville Symphony, for instance, is not only paying full-time staff but also dozens of orchestral musicians who were contracted to perform in concerts that will not take place.

“Our goal and commitment right now is to honor our financial obligations to all of the musicians who perform with the symphony,” Fish said.

(That commitment contrasts with some high-profile arts groups nationwide that have already laid off staff. New York’s Metropolitan Opera, the largest performing arts organization in the nation by budget, will lay off all of its union employees after March 31.)

The Warehouse Theatre, meanwhile, paid a dozen actors and others for the final weekend of “Hedwig and the Angry Inch,” even though those performances were canceled. It also compensated 15 artists who were working on its next show, “100 Saints You Should Know.”

The theater hopes its production of “Appropriate” will open, as planned, in late May.

“We’re crossing our fingers and toes that we can move forward with that,” Sablone said.

Still, canceled productions mean that some theaters may not be able to hire an array of part-time contractors — from musical directors to choreographers to carpenters, painters and electricians — who might otherwise have been employed.

In South Carolina as a whole, the arts industry pumps $9.7 billion into the state’s economy.

Greenville performing arts leaders hope that some financial relief will come in the form of low-interest loans from banks, and federal and state assistance.

“If it is within your means to donate back that ticket price to any theater, it’s incredibly important and helpful.” — Mike Sablone, producing artistic director, The Warehouse Theatre.

In addition, they’re encouraging patrons who have purchased tickets to turn those into donations.

“That would be huge for us,” Fish said. “It would be a significant amount of money.”

Many patrons have already donated the value of their tickets to canceled Greenville Symphony concerts, Fish said. Some sponsors of those canceled concerts have converted their gifts into a matching challenge.

“We are grateful for this extraordinary support from the community,” Fish said. “Because of it, the music will go on and ensure we can continue to share our musical gift across Greenville.”

With the remainder of its season canceled, the Greenville Symphony may not perform again until its 2020-21 season begins this fall. But Fish hopes there might be an opportunity for a special concert before then.

“We’d like to bring the community together and say, ‘We weathered this, and let’s celebrate with the symphony,’” she said. “We feel strongly that music is a force that unites a community.”

Ethridge believes the Greenville community will rally around its arts organizations.

“There’s so much civic pride here in Greenville,” Ethridge said. “We certainly survived the recession of 2008. I don’t think the community at large is going let any of our wonderful cultural amenities fail.”

Paul Hyde, a longtime Upstate journalist, writes about the arts for the Greenville Journal.