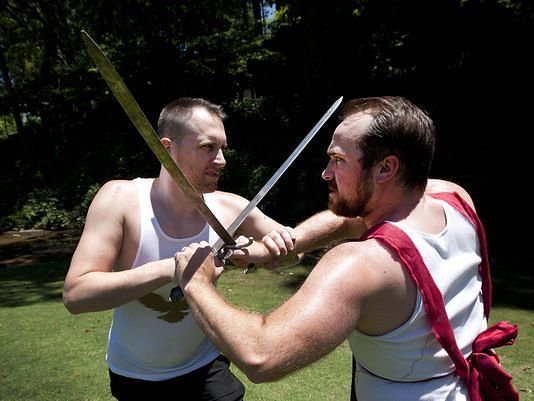 The plucky actors of the Upstate Shakespeare Festival are delivering a robust account of Shakespeare’s “Coriolanus,” about a military hero in conflict with a starving, grievance-filled populace.

The tragedy centers on Coriolanus, a fierce military leader but a poor politician, arrogant in the extreme and frustrated by the demands of democracy.

After winning a decisive battle against the enemy Volscians, Coriolanus returns to Rome to assume the high office of Consul. He’s forced to pander to the crowd’s demands to show his wounds and beg for the people’s support — an idea he finds abhorrent.

Whipped up by manipulative senators, the people grow increasingly enraged until Coriolanus’ overweening pride overcomes him. Banished from Rome and his family, he joins the opposition headed by his rival Gen. Tullus Aufidius.