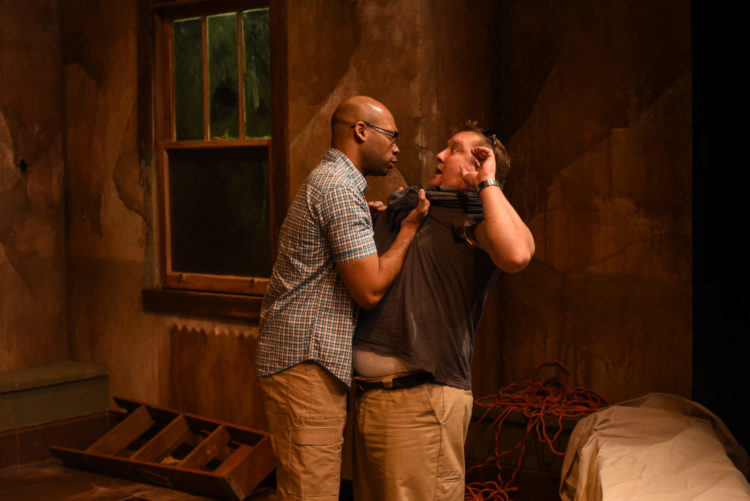 By Jason Johnson September 22, 2017 No Comments

This article was originally printed on September 22nd, 2017 by GVLToday.

Wednesday night, the GVLtoday team attended the Warehouse Theatre’s Clybourne Park Forum: The Ups and Downs of the Development Vision of Greenville through the Years. It featured Merl Code, the first African-American to serve as: UofSC Student Bar Association president, Municipal Court Judge in Greenville; Chairman of the Greenville Chamber of Commerce.

It was one of two moderated (by Jonathan Parker who facilitated our inaugural CurioCity event last year) forums to discuss issues in the Pulitzer Prize-winning play, which debuts tonight + runs until Oct. 8. The second forum, The Effects of Gentrification on the Community of Greenville is free + open to the public on Oct. 4, at 6:30 at the Warehouse Theatre.

Merl painted a picture of 1980’s Greenville. Like, DYK that Former Mayor Max Heller hosted community brainstorming sessions, where anyone in the public could voice their hopes for the city? These ideas included: Tearing down the Camperdown bridge to create a park along the Reedy River; widening Main St. sidewalks; a downtown baseball field. Sound familiar? While this forum was focused on looking back, the next one will be looking forward. And the play itself, hits on both.

Warehouse Theatre schedules its season to be relevant to Greenville. Why was this play chosen?

From Jason D. Johnson: “A few years ago when I went through Leadership Greenville, I experienced a number of things about our beloved city that are examined in this particular play.  Katie Leckenbusch, my colleague at the theatre and also a graduate of LG, felt the same way.

We wanted to see it produced on the main stage because of the discussion it fosters in our community and because it’s an entertaining, well-written play.  In other words, it meets both the mission of The Warehouse while offering solid entertainment value.”

Read more of this article from Jordan Rumsey of the GVLToday HERE.