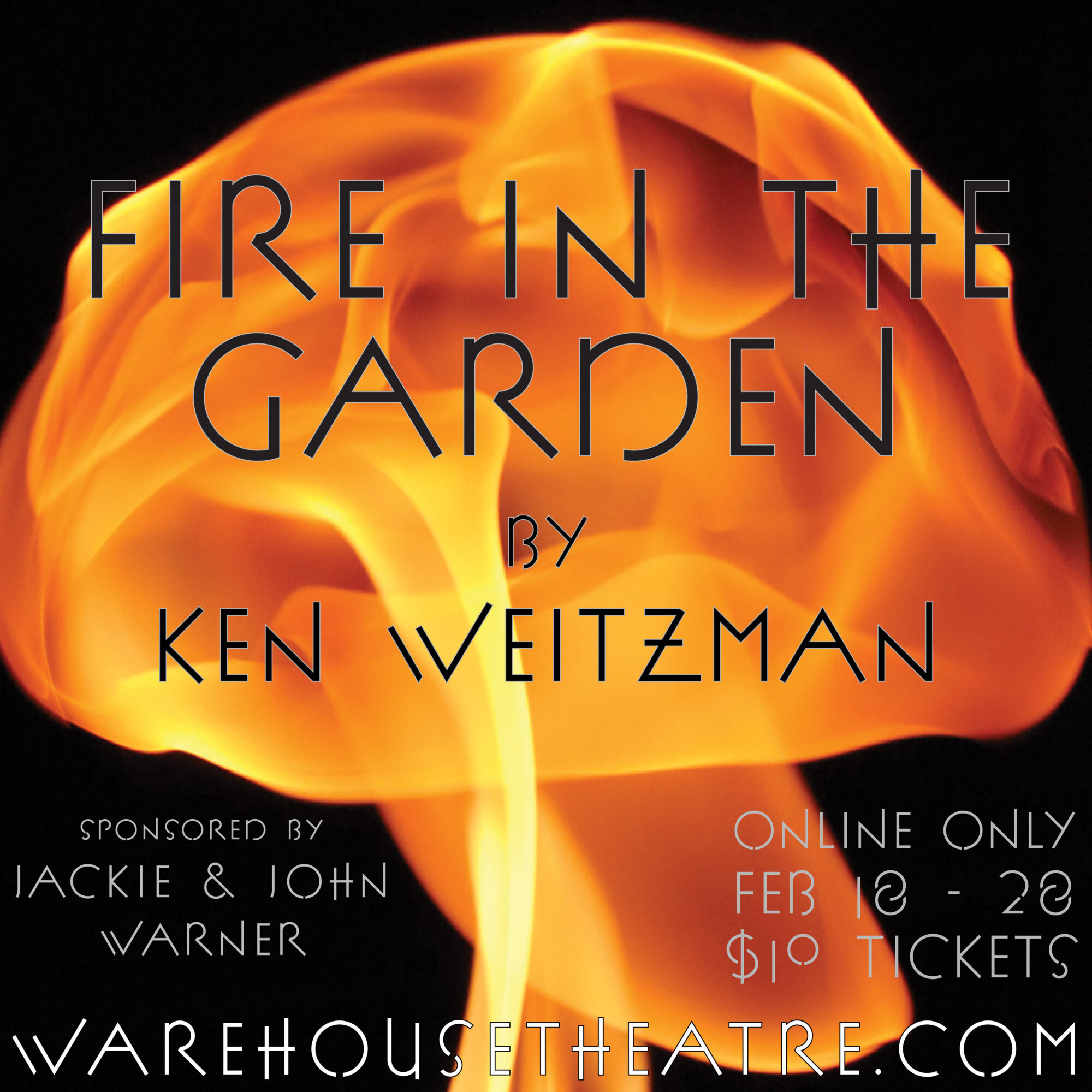 This Broadway World article from Neil Shurley was originally published on February 22nd, 2021.

With those words, a man named Norman Morrison set out to make a statement, a grand gesture, an extreme act. With his one year old child in tow, he made the ultimate sacrifice to bring attention to the atrocities happening in Vietnam.

That largely forgotten historic act is the inspiration for FIRE IN THE GARDEN, a one man play written by Ken Weitzman. Presented online as a recorded video, the show is available to watch on demand through February 28 from the Warehouse Theatre in Greenville, SC.

The show takes place today, fifty years later, after a young father, played by Aaron Brakefield, reads of Morrison’s act. He becomes obsessed, researching, questioning, trying to determine why – and how – a father could set himself on fire while his one year old daughter looked on.

FIRE IN THE GARDEN explores these questions in the form of a monologue, a “found footage” video of Brakefield’s unnamed character recording a birthday message for his own one year old child. Directed by Jay Briggs, the forty-five minute long video offers a thoughtful portrayal of a man wrestling with his own definitions of what fatherhood should look like.

As the man, Aaron Brakefield projects warmth and sincerity, along with a beautifully subtle sense of quiet desperation. He also has a very natural delivery that suits the video medium perfectly. His emotions and gestures, and even his use of the physical space around him – all of it in plain view the entire time – build slowly and inexorably, leading to the powerfully inevitable conclusion.

“I would do anything for my child.” Such easy words for a new parent to say. But what does that really mean? How far are we willing to go? How far should we go? Weitzman’s play offers one man’s struggle with exactly that.

Director Jay Briggs manages a great balance between the personal and the theatrical in the use of a virtual stage. While we only have one static shot – some kind of webcam, setup in a home office – actor Brakefield keeps things active, whether it’s reaching out of frame for a book or staring wistfully into the middle distance or moving his face close to the screen to emphasize several humorous moments. The performance feels both purposeful and spontaneous.

When talking about the play, director Briggs said he kept coming back to the question “What does love look like in action?” With FIRE IN THE GARDEN, Briggs, Weitzman, and Brakefield explore one man’s answer. Brakefield gives us a man who has obviously thought through the birthday video he’s recording, even setting himself some props and quotes to help make his case. He’s still coming to terms with what fatherhood means for himself, let alone what fatherhood should look like in action. As he presents his story, giving his son a video document of the journey, we are drawn in more and more, learning to like this man, learning to smile at his memories, learning to respect his growing awareness of what he’s called to do.

While we continue to exist in a world largely without live theatre, the Warehouse Theatre gave us a gift. Watching this monologue, I got sucked in, just like in the hazy golden days of yore when I could sit in an auditorium and allow myself to be pulled into that willing suspension of disbelief that characterizes live performance. Intense, intimate and unexpected. That’s the Warehouse motto, and FIRE IN THE GARDEN delivers on that promise.