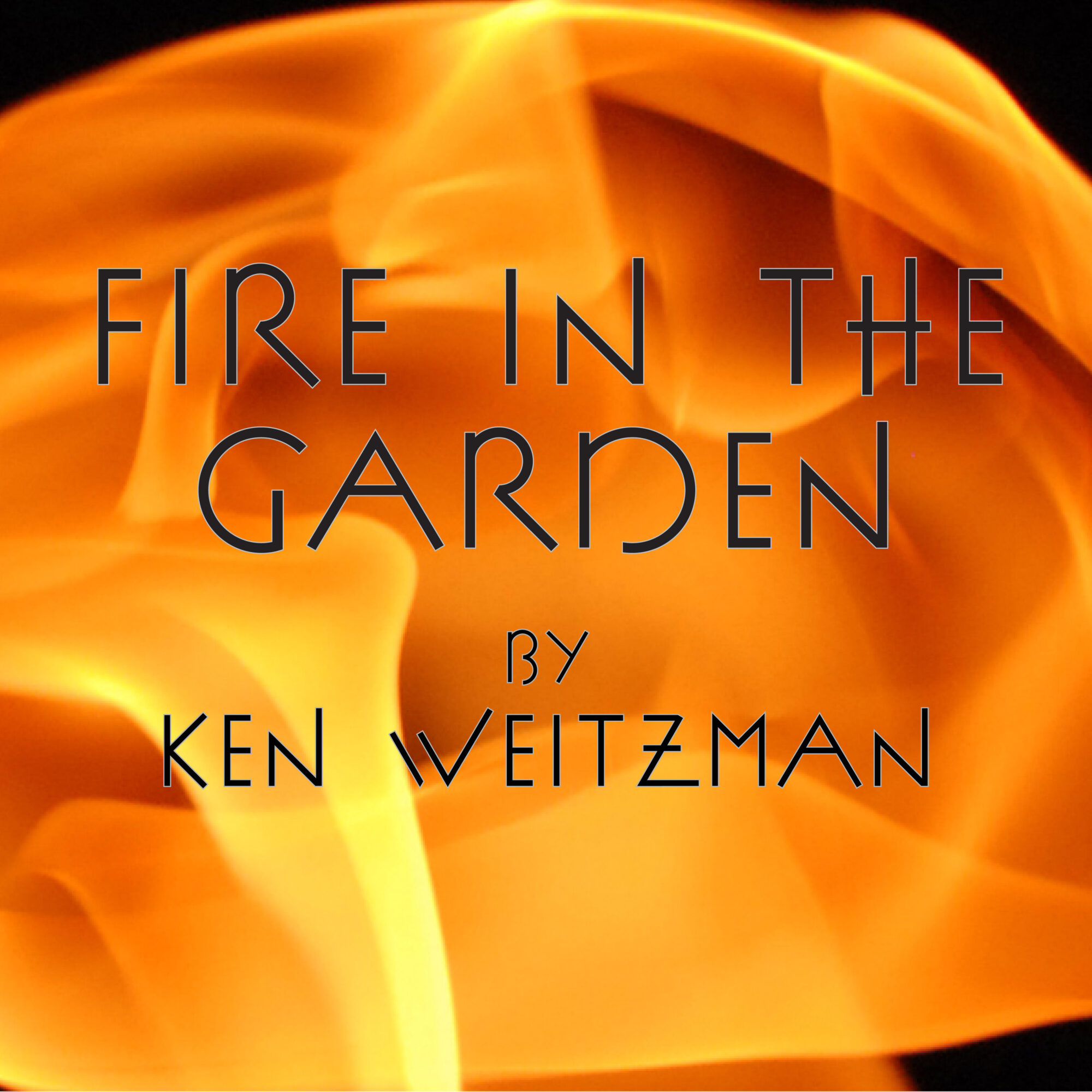 This Broadway World preview from Neil Shurley was originally published on February 16th, 2021.

A father records a birthday video for his one-year old son. In it, he talks about the tornado that was his first year as a parent, the importance of inspiration and sacrifice, and the unlikely book he turned to for some much-needed escapism: IN RETROSPECT, THE TRAGEDY AND LESSONS OF VIETNAM by Robert McNamara. While reading the book, he learned the story of a Quaker named Norman Morrison who undertook a highly charged political act in front of the Pentagon. The lessons this father takes away from Morrison creates a whole new story for his own life, as well as that of his son.

This week, Greenville, SC’s Warehouse Theatre presents FIRE IN THE GARDEN, a recorded monologue starring veteran Warehouse performer Aaron Brakefield. For just $10, you can watch the play at your leisure, as many times as you wish, from February 18 until February 28.

Award-winning playwright Ken Weitzman originally created FIRE IN THE GARDEN as a one-person play, performed live and in-person at Indiana Repertory Theatre. “When the pandemic hit, I immediately got to work on adapting the play,” Weitzman told BroadwayWorld. “I think the one-person, direct-to-camera storytelling actually works quite well digitally.”

We asked Weitzman and Jay Briggs, director of Warehouse Theatre’s new digital production of FIRE IN THE GARDEN, to tell us more. Their lightly edited answers are below.

BWW: Please tell us about the piece.

BRIGGS: The play is a 50 minute solo show presented as “found footage.” In the video, a father is recording a birthday message for his son in honor of the child’s first birthday. During the message he gives us an honest portrayal of his first year of fatherhood, and the questions he’s struggled with as he has tried to come to terms with what fatherhood requires in the 21st century. This all culminates in a bit of a narrative twist that I think prompts some big questions about what love looks like in action.

BWW: What inspired the piece? Did it come from your own reading of the McNamara book?

WEITZMAN: Yes, reading the McNamara book as well as watching the Errol Morris documentary, THE FOG OF WAR, provided that initial spark of interest. As portrayed in the play, I actually did discover the story of Norman Morrison when I first became a father, and the fact that Morrison brought his one-year-old daughter with him to the Pentagon just stunned me. As a new father, I felt compelled to figure out what would make a father do that. How could Morrison bring her? And then the more I researched the more drawn in I was as new information about him deepened the mystery, as did some particular experiences of my own during my first year of fatherhood.

BWW: How does creating this recorded piece of theatre differ from making a more “normal” staged piece?

BRIGGS: It’s been interesting. There are differences between working exclusively online and being in a rehearsal room. But, ultimately, it’s not quite as different as I anticipated. Each process I step into as a director, I do my best to structure the process in a way that serves the material. The rehearsal process for PRIDE & PREJUDICE was different than the one for CLYBOURNE PARK which would have been different from the one for 100 SAINTS YOU SHOULD KNOW (had COVID not canceled it). And so, of course, it’s a different thing for me to be thinking about framing and using the camera as a character, etc. But, because the writing is so perfectly intertwined with the use of the camera, it has felt very natural.

WEITZMAN: I think the one-person, direct-to-camera storytelling actually works quite well digitally. It works with the form (recording/zoom/digital) instead of the form being an obstacle to overcome, as with other types of theatre. And once I started adapting the play, it suddenly became clear to me that it was really meant for this format. His making a recording for his son made so much sense and allowed a much greater intimacy to emerge. Given this, and given how radically it’s changed, I really consider this a brand new play.

BRIGGS: One of the big things we’ve been playing with is finding the right balance between the theatrical and cinematic qualities of the piece. It truly is a hybrid. Visually, we have to think a bit like filmmakers, but ultimately this is a play. It’s performed in one take, and so we’ve talked a lot about how Aaron Brakefield needs to navigate the story/character arc, and how he is responsible for the tempo and pacing of the piece. Those things are all theatrical conversations.

And, I mean, in a pre-COVID I couldn’t step downstairs on a ten-minute break for a muffin straight of the oven. So, that’s a win (big thanks to Amanda Sox for that!).

BWW: How are you and Aaron working to craft this character and his world?

BRIGGS: When I first read this script and Mike and I had our first conversation about it, it was very clear to both of us that Aaron was the right actor for this role. There are so many things that Aaron brings to the play both as an actor and a human. We are both fathers, and in fact, I’m currently expecting my second child. So, we’ve definitely been able to draw on our personal experiences in that regard. Also, Aaron has an internal life as a performer that really shines in this medium. So, in terms of crafting this character, a lot of it has been about helping Aaron to chart the arc of story and then to trust his instincts about who this guy is.

WEITZMAN: It’s been a collaborative (though short) process. Jay, Aaron, I bounce ideas off each other. I think there’s certainly a learning curve as this is not in-person theatre and yet it’s not film, we’re not making a movie. So, calibrating the story and the performance to this particular format has been a fun challenge. In addition to that I’m in the (virtual) rehearsal room to serve as a resource, answering questions like those about where the play and certain moments within it have come from.

BRIGGS: In building the world, we’ve had some really productive conversations with the whole creative team about what we can add visually to the space that would bolster the storytelling, and then we’ve worked in rehearsal to find the right balance between the theatrical and the cinematic forms.

BWW: What are you hoping viewers will take away from this?

WEITZMAN: Forgive me for being obvious with this first answer but first and foremost I want an audience to feel like it was a good story, well told. That they enjoy their experience.

In terms of the issues the play explores, I’d love for them to spark an audience to discuss, to question, to reflect on ideas about parenthood, about what’s required of a parent in this particular day and age, about moral imperatives, and about what we owe our kids.

BRIGGS: It’s a truly thought-provoking piece of theatre that has hit me in different ways on reads and runs throughout the process. But, one of the questions I always come back to is “What does love look like in action?” I also hope people come away thinking a little bit about the form. Obviously the past year has been a challenging one for theatres, and we all are looking forward to getting back to live performances as soon as we safely can. But, there’s also been some fruitful artistic exploration that’s happened in the past year. I don’t think digital theatre is ever going to fully replace the live event, but I do think the constraints of the past year have widened our vision for the best ways to tell specific stories.