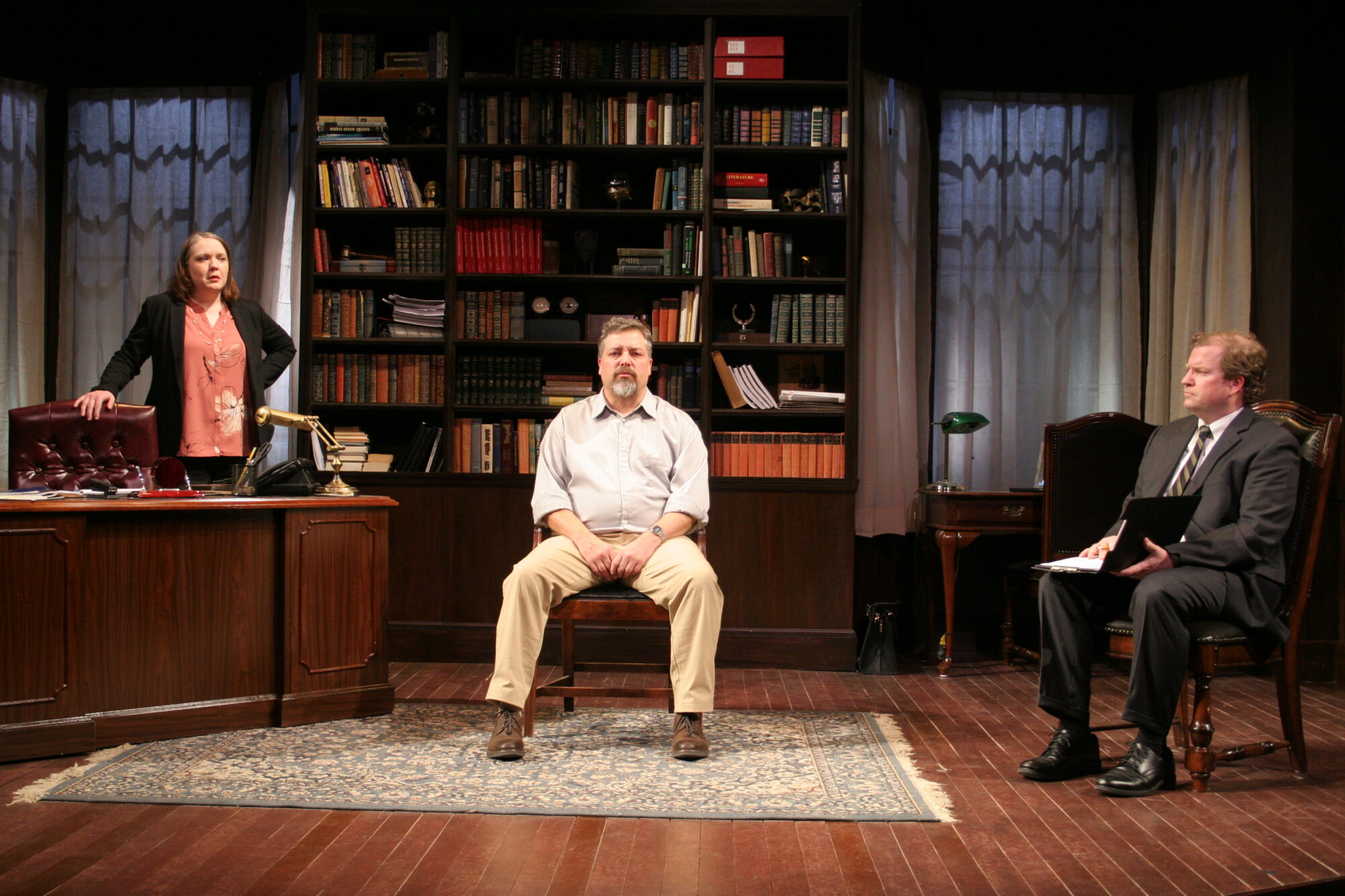 By Jason JohnsonOctober 19, 2021No Comments

This Broadway World article by Neil Shurley was originally published on June 29, 2021.

A new production of Paul Grellong’s POWER OF SAIL, to star Bryan Cranston and Amy Brenneman, will run at LA’s Geffen Playhouse in 2022

Greenville’s Warehouse Theatre announced today that The Geffen Playhouse in Los Angeles, CA will launch a major second production of Paul Grellong’s play POWER OF SAIL, which received its world premiere at The Warehouse in 2019.

“When discussing next steps for POWER OF SAIL, the top of our dream cast for the play started with Bryan Cranston,” Warehouse Theatre Producing Artistic Director Mike Sablone told BrowadwayWorld. “To have him tackle this role, along with the spectacular supporting cast that The Geffen has started to assemble makes me absurdly excited to see it come to life in February of 2022. Coming out of the pandemic, stories like POWER OF SAIL are even more important and I’m particularly proud of our original cast, crew, and sponsors who made this possible.”

POWER OF SAIL was produced by The Warehouse from March 15, 2019 to March 31, 2019, and sponsors included Think Up Consulting and Convergent Technologies. The new production will run at the Geffen from February 1st, 2022 through March 13th, 2022.

In my original review of the world premiere production, I wrote that “POWER OF SAIL brings a sea of issues to the forefront. Questions of race, of privilege, of power, of the proper response to evil, of inexplicable cultural and personal blindness – all of these and more are brought up, discussed, and offered for our own reflection. It’s all beautifully layered and even after several days, I have yet to process it all. I was, frankly, worried that the play would simply be an angry polemic attempting to incite outrage. But it’s so much more than that. It’s got plenty of laughs, fantastic performances, and a conflicted, all-too-human heart.”

In a press release, playwright Paul Grellong praised the work done in Greenville, saying “The Warehouse was more than just a first home for the play. Producing Artistic Director Mike Sablone is the reason I returned to the script after having set aside an old draft years ago. As a testament not only to the length of our friendship but the depth of his patience, Mike has been the first reader on everything I’ve written since we met in 2000. As a result of our conversations in the wake of the 2016 election – personal, artistic, and political – he encouraged me to revisit POWER OF SAIL and rebuild it for the present. I remain profoundly grateful for that.”

Grellong’s credits include the play MANUSCRIPT, which was produced by Daryl Roth at the Daryl Roth Theater, and has since been performed internationally. He has also written for “The Boys,” “Scorpion,” “Revolution,” and “Law & Order: SVU.”

In the press release, Sablone added, “It’s hard to produce world premieres, but even harder is getting that second production. I’m proud that the first world premiere produced during my tenure for The Warehouse is going to have such a large life. The size and scale of this production is a testament to the incredible work of the original Warehouse artistic team. The best thing is that in The Geffen’s playbill, on the title page every patron will read the note: “POWER OF SAIL was originally produced at The Warehouse Theatre in Greenville, South Carolina,” thus getting the good word out about the great work we do here. This is what professional regional theatres should do: originate important work that then travels to larger cities. Not all theatre has to come from NYC. I’m proud that we were the first to produce this impactful and engaging work.”