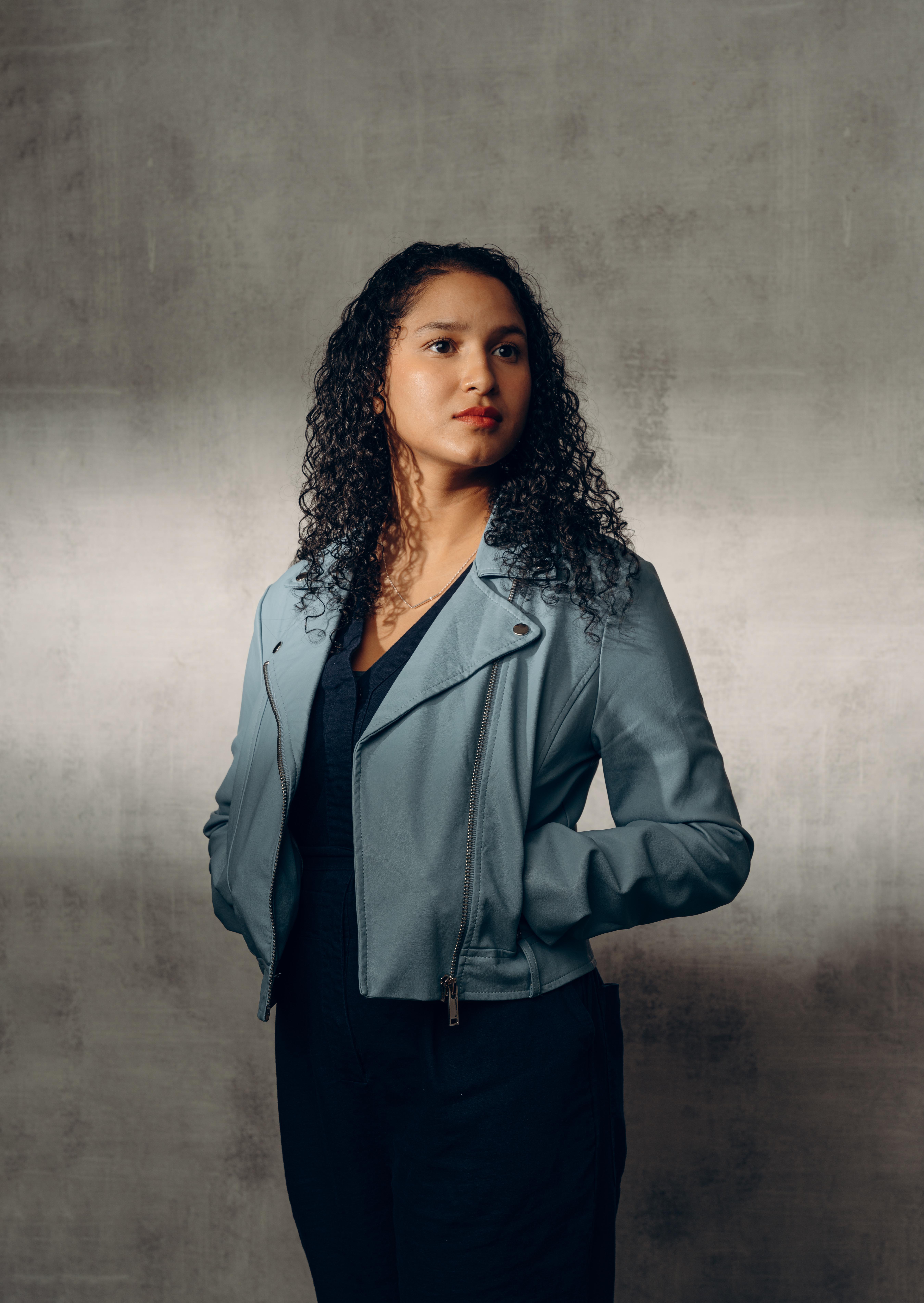 A Review: The Lotus Paradox at Warehouse Theatre

This review from Macy Petty was originally published in The Paladin on January 31st, 2022.

Be taken on journey with chaos, creativity, and motherhood. A brilliant play you don’t want to miss out on!

On Friday, Jan. 21, I ventured out to Greenville’s Warehouse Theatre to view the world premiere of The Lotus Paradox, a new play by Dorothy Fortenberry. After a few years of delay due to COVID-19, artistic director Mike Sablone stated that he was “very proud” to finally present the work of this “incredibly talented, nationally known writer” here in Greenville. Having written for acclaimed TV series like The Handmaid’s Tale and The 100, Fortenberry provides a masterful drama — an engaging and thought provoking experience brought to us by director Jay Briggs and cast and crew, featuring Furman alumna Dayanari Umana.

The story centers on children’s author and mother of two Nora Tennant, played by Rebecca Koon, who is renowned for her popular novel trilogy. The drama opens on Nora and her children Dealie and Hal (Amanda Sox and Jason D. Johnson), celebrating the twenty-fifth anniversary of the acceptance of her first novel, The Lotus Pardox, for publication. As Nora argues with her new publisher about her wishes to add a fourth novel to the series, a teenage fan arrives unexpectedly to meet Nora, causing tensions within the family to bubble to the surface. As the play progresses, each character reveals startling truths about Nora’s writing and its impact on them, both celebrating and questioning her creativity and its implications of those around her.

A short review does no justice to the layers and nuance within this drama. It resonated with me deeply as someone who enjoys writing and consuming fiction, raising important questions about the immense power and responsibility that comes with being a storyteller. Nora’s ownership of her story is constantly brought into question. As her own additions to the books are denied by her publisher, who now has legal ownership of the material, her troubled son reveals how heavily Nora drew on his life for inspiration, while her daughter struggles with the fact that she was not included in the novel at all.

Every facet of this production, from the acting to the lighting and music,  worked seamlessly together to portray the complex inner workings of the characters and their animosities toward each other. Each actor powerfully portrayed the struggles of their respective characters and interacted with each other with perfectly measured tension. Rebecca Koon brought Nora’s biting wit to life, delivering each line in such a way that both celebrated her creativity and acknowledged her emotional shortcomings with her children. Amanda Cox painted a beautiful portrait of hurt and loyalty as Dealie, creating exhilarating tension between her care for her family and her feelings of being unloved by them. Jason D. Johnson’s Hal was fraught with both bitterness and heartbreaking vulnerability that allowed the audience to sympathize with his feelings of being trapped. Dayanari Umana embraced the cringe as Nora’s fan Julia, drawing the audience in by slowly revealing the complexities of her character. DeBryant Johnson was delightfully cunning as Garrett, Nora’s publisher, making stark contrasts between his admiration of Nora’s work and his control over it. In these two characters, Umana and Johnson rose to the task of acknowledging how a story takes on a life of its own, becoming larger than its creator, once it is beloved.

Sablone stated that he was particularly grateful for the audience on opening night after the delays of this production, stating, “You can’t have a play without an audience.” Indeed, the audience was enthusiastic and reactive, matching the energy of the actors on stage. Interestingly, a friend of mine (who attended the play with me) pointed out that this sentiment compared well with a moment in the drama. When Julia asks Nora why she stopped writing for twenty years after the release of her last book, Nora argues that she only stopped publishing, but did not stop writing. This speaks to the questions that permeate this work and make it so unforgettable. Do stories truly belong to an author if they use the lives of others for material, and moreover, hurt others in their fabrication? Do they belong to all of us once they become impactful in our own lives? And how far should one take their creativity? This play leaves you racking your brain over all these things as you walk out of the theatre —- all while celebrating the power of the creative spirit. I truly believe that students may be sitting in a Socratic circle one day, answering these questions as they read Fortenberry’s masterpiece in their English classes among other legendary works of literature, but until then, The Lotus Paradox will be playing at the Warehouse Theatre until February 6th. It is not too late to check out this skillful drama centered on the struggles between family tensions and artistry. So, grab a group of friends and enjoy!