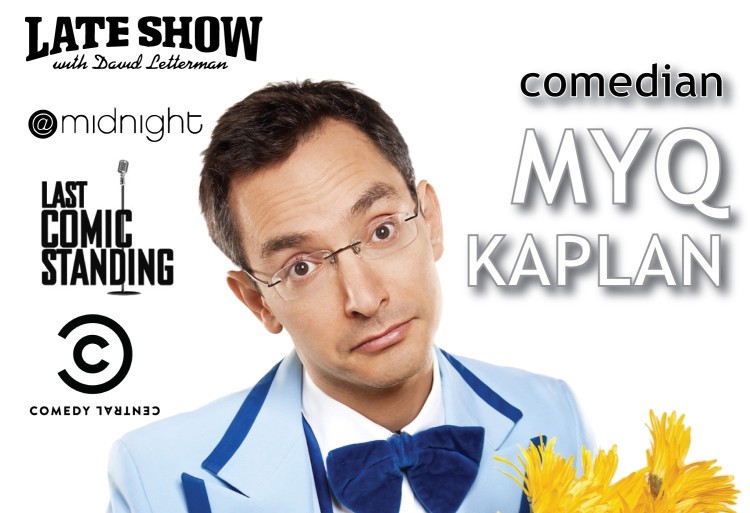 He’s made appearances on the Late Show with David Letterman. Held his own as a finalist on Last Comic Standing. And made the rounds on Comedy Central and Conan. Now he’s coming to The Warehouse for a night of sheer fun and comic delight. Myq Kaplan will take The Warehouse stage on Tuesday, June 23rd at 9p. Tickets are only $15. Doors open at 8p.

Myq Kaplan is a comedian named Myq Kaplan (pronounced “Mike”). He is a 2010 Last Comic Standing Finalist and has appeared on the Tonight Show, the Late Show with David Letterman, Comedy Central Presents, Conan, and many other places that you might not care about. You can listen to Myq’s podcast, Hang Out With Me, on the Keith and The Girl network. His debut CD, Vegan Mind Meld, was one of iTunes’ top ten best-selling comedy albums in 2010, followed by Meat Robot in 2013 and the upcoming Small Dork and Handsome in 2014.

The Comedians magazine calls him “a comedy machine, in the best possible way. The way that some machines vend soda or prevent other machines from killing future revolutionaries – that’s how Myq Kaplan does comedy: relentlessly, methodically, unblinkingly.”

More about Myq Kaplan can be found HERE.