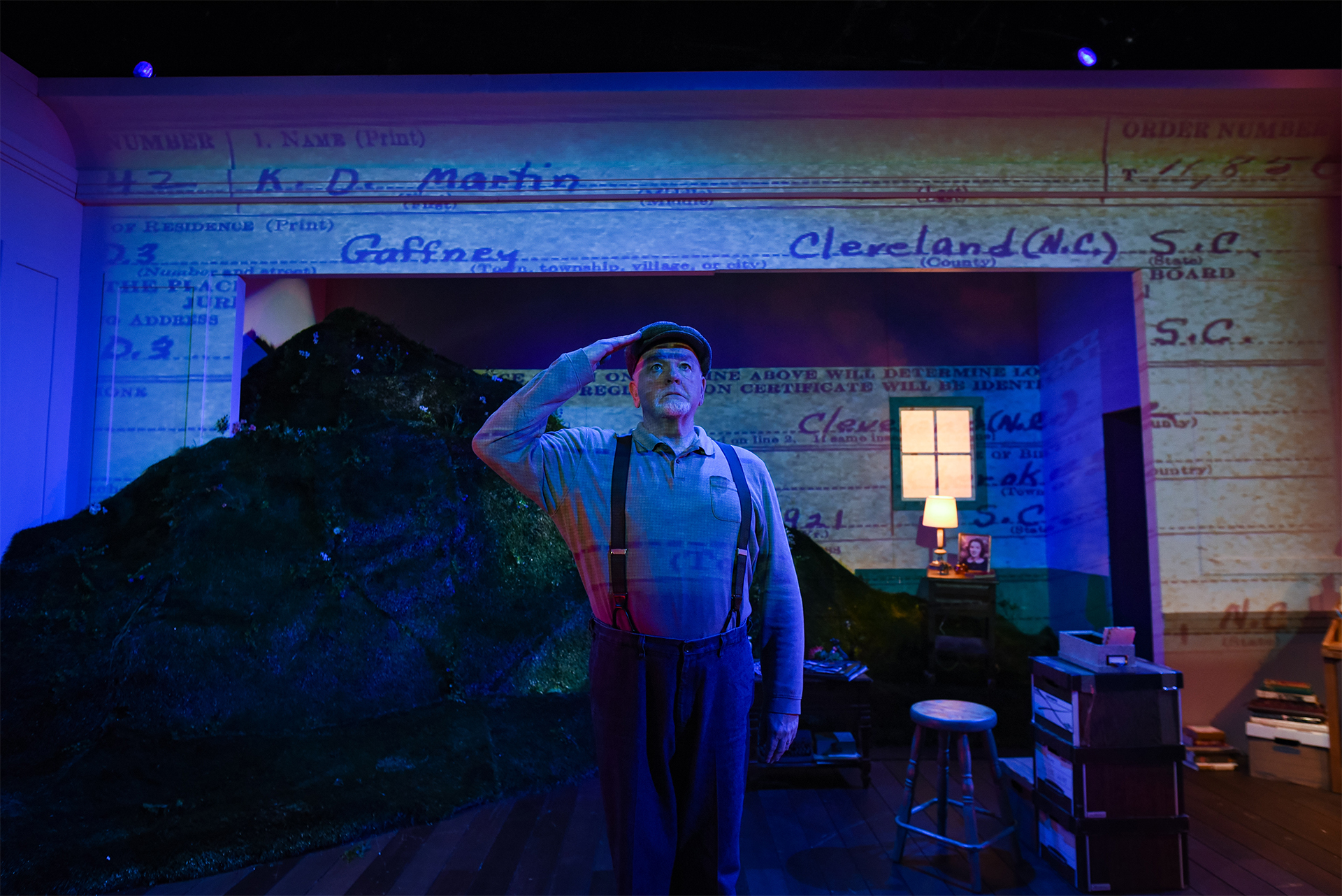 Warehouse’s THE HEATH, a South Carolina Premiere, Explores Faith and Family in Gaffney

By Jason JohnsonJanuary 20, 2020No Comments

This article was originally written by Paul Hyde and published by the Greenville Journal on January 17, 2020.  (Cover photo by Wallace Krebs.)

The Warehouse Theatre is presenting the South Carolina and Southern regional premiere of the play, continuing through Jan. 26.

“This is especially exciting for the Warehouse Theatre, given that Lauren Gunderson is one of the most-produced playwrights in America and this play is set right in our backyard,” said Mike Sablone, the Warehouse’s producing artistic director.

Gunderson’s two-person play is heavily autobiographical, exploring the difficult relationship between a young woman — she even shares the playwright’s name of Lauren — and her grandfather K.D., who lives Gaffney and works for Duke Power.

Lauren and her grandfather disagree on most every issue, particularly faith. Like many an ambitious young person, Lauren longs to escape her Southern roots for the big city, but she later realizes how much she left behind.

“She talks about how she had to move to New York to appreciate what she took for granted,” Sablone said. “This is a beautiful, heartwarming and sometimes heartbreaking story that blends Shakespeare, bluegrass, science and memory.”

Miranda Barnett, a prominent Greenville actress, is featured as Lauren. George Judy is Lauren’s grandfather K.D. Both Barnett and Judy appeared last year in the world premiere production at the Merrimack Repertory Theatre in Lowell, Massachusetts.

Barnett even learned how to play the banjo for “The Heath,” which spotlights a few gospel hymns and original songs.

The 90-minute play, performed without intermission, features projected photos and documents belonging to the playwright’s grandfather.