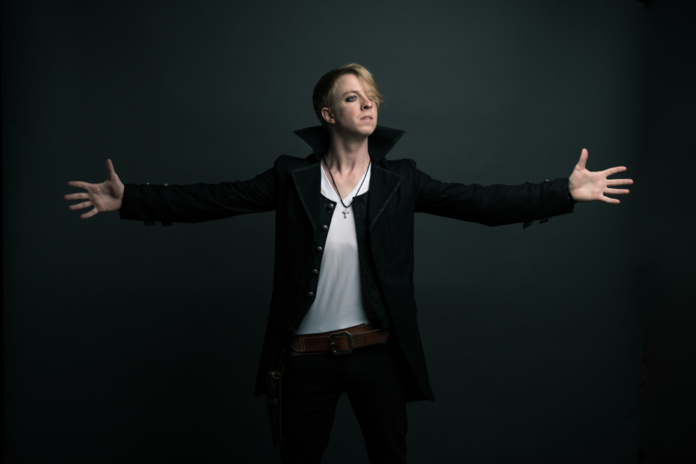 By Jason JohnsonJune 6, 2018No Comments

This article was originally published by the Greenville Journal on June 6, 2018.

“Bloody Bloody Andrew Jackson” blends original rock music with the story of President Andrew Jackson’s life and the founding of the Democratic Party in a raunchy, uproarious comedy that will leave the audience thinking about the root of democracy.

The Warehouse Theatre’s production features some of the show’s original Broadway production team, including Mike Sablone, the Warehouse’s producing artistic director, who shepherded the musical from its first draft through its run on Broadway in 2010 as it garnered two Tony award nominations, and Andrew Scoville, the director of the Warehouse show and assistant director for the show’s Broadway run.

With two of the Broadway production’s significant influences involved, the pressure is on for the actors.

Benjamin Taylor Davis will be playing Andrew Jackson in his third production at the Warehouse Theatre. “It’s both an honor and absolutely terrifying. They have such a history with the show and they were there during its development,” Davis says. “So I think you get a lot of the insights that you don’t normally get. To have the point of reference of someone who is so knowledgeable on the material both historically — the story of Andrew Jackson — and the show itself is really helpful as an actor.”

The cast, crew, and production team have worked to ensure that the show is current, relevant, and a new experience for the audience.

“The show is going to be different no matter what happens. Even if we tried to recreate it, it wouldn’t happen. We’re doing it in a different time than it was originally done, so I think that feeds a lot into what we’re creating,” says ensemble member Emily Grove. Grove will be making her Warehouse debut in “Bloody Bloody Andrew Jackson.”

One of the greatest challenges for members of this cast is creating a political and historical show that is both funny and entertaining but still tackles the issues head-on.

Read more of this article from Greenville Journal and Sara Pearce HERE.