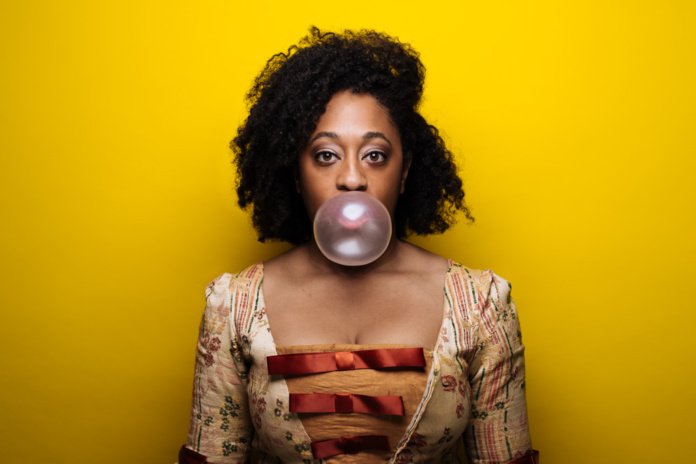 Backstage: A Q & A With Actress Crystal Stewart

By Jason JohnsonMarch 23, 2018No Comments

This article was originally published by the Greenville Journal on March 23, 2018.

Although she grew up in Columbia, Crystal Marie Stewart has become a vital member of the Greenville theater community. She’s a teaching artist for The Warehouse Theatre and appeared as Emilia in “Othello” for The Warehouse Theatre Educational Tour. Other Warehouse roles include Gary Coleman in “Avenue Q,” Olivia in “Twelfth Night,” and Elizabeth in “In the Next Room or the vibrator play.” She played Alyze in Centre Stage’s production of “Young Negress Stepping Out of the River at Dawn” and co-founded the Guerrilla Shakespeare Co., whose mission is “to use classical, familiar texts to tell the stories of marginalized groups.” She played Romeo in its debut show, “Romeo and Juliet,” and directed its second show, “Hamlet,” earlier this month. You can see her next in “Bloody Bloody Andrew Jackson,” running June 8-30 at The Warehouse Theatre.

When did you first become involved in acting, and when did you know this is something you wanted to do long term?

I’ve been acting since I was a little kid. I was in preschool plays, and my church, when I was growing up, had a children’s choir that would also do musicals, so I was always in that. I grew up in Columbia and they have a magnet arts school, which is kind of like the Governor’s School but it’s not residential. You have to audition to go but you don’t have to pay; it’s part of the public school system. By the time I did that and a lot of other art programs, I knew that I really liked acting and felt like I was good at it, and then I couldn’t think of anything else that I needed a specific college degree in that I could do for a living.

Read the rest of the interview by Neil Shurley HERE.