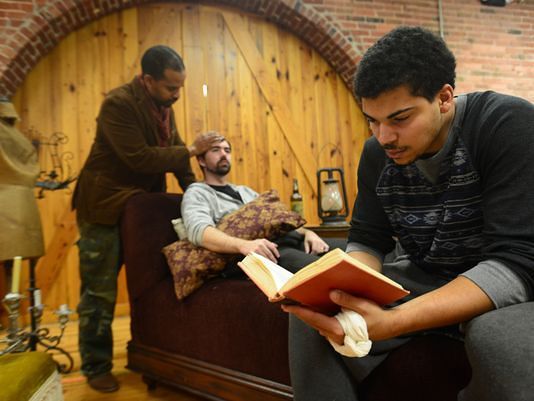 Greenville News Preview: The Whipping Man at The Warehouse

By Jason JohnsonFebruary 16, 2015No Comments

Is there anything new a playwright could say about the Civil War and slavery — and their aftermath?

Matthew Lopez answered that question in searing fashion in “The Whipping Man,” a drama about former slaves who embraced the Jewish faith of their former masters.

The play premiered in New York in 2011 and was immediately taken up by regional theaters throughout the nation.

The Warehouse Theatre on Friday presents the Upstate premiere of Lopez’s “The Whipping Man,” with 10 performances through March 7.

The play centers on a little-known chapter of the Civil War: Some Southern slaveholders were Jewish and often passed on their faith — by persuasion or force — to their slaves.

Read more of this Greenville Online preview of The Whipping Man.