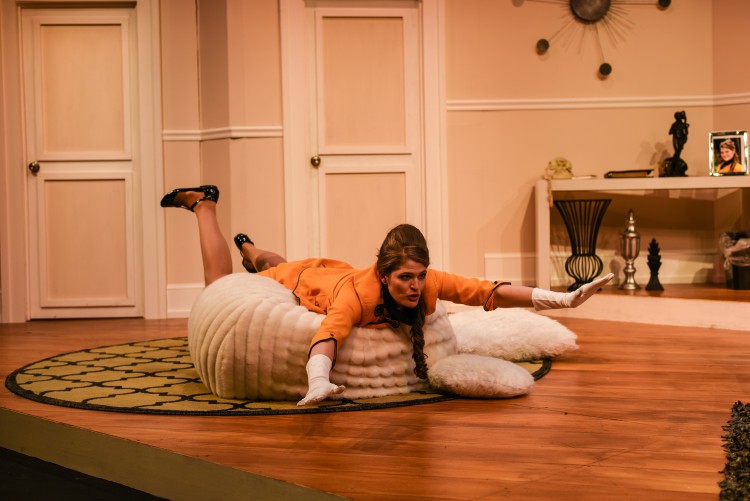 Sometimes a play’s set design conveys very little. It’s merely a backdrop to the events of the show, with no specific meaning beyond setting a scene. But when you walk into a theatre and see a set filled with doors, you immediately expect mistaken identities, close calls, frantic door slamming, and laughs. Lots of laughs.

And that’s exactly what you get from Boeing, Boeing, a 1960’s French farce that saw an award-winning Broadway revival a few years ago and landed last weekend in a new production at the Warehouse Theatre.

David Bean stars as Bernard, a man fully in control of his Paris-based bachelor life. He’s got three fiancées – flight attendants all – but since each one works for a different airline, Bernard can precisely track their comings and goings with a flight schedule. With the help of his acerbic housekeeper, Berthe (Kelly Wallace), Bernard juggles life with three beautiful women – a no-nonsense American (Elizabeth Finley), a fiery Italian (Miranda Barnett), and a statuesque German (Claire Richardson). After Bernard’s friend Robert (Reed Halvorson) arrives from Wisconsin, the weather changes, timetables are challenged, and the real fun begins.