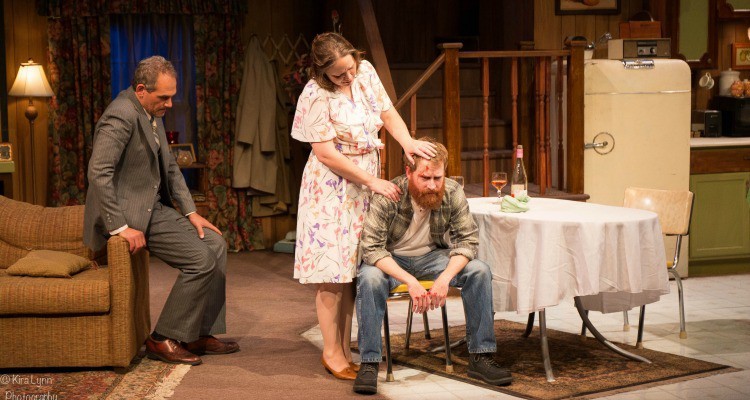 By Jason JohnsonAugust 16, 2014No Comments

“He bangs on the window before beating on the door. He shouts and charms his way into the house. He goes by the name Megs and insists that he’s arrived — at 5 a.m. with a cooler full of beer in tow — for a preplanned fishing trip.

Martha, who answered the door with a golf club held threateningly overhead, has never heard of Megs and doubts that her surly, drunken brother, David, could ever harbor even a remote interest in fishing. But she finally agrees to drag David out of bed and make him face his friend Megs.

“He’s not my friend,” David eventually says. “He’s just some guy I know.”

But, of course, there’s much more to it than that, and such is the set up for “Strange Snow,” a comedy drama about three broken souls, now playing at the Warehouse Theatre.”

Read more of this review from Greenville Online!