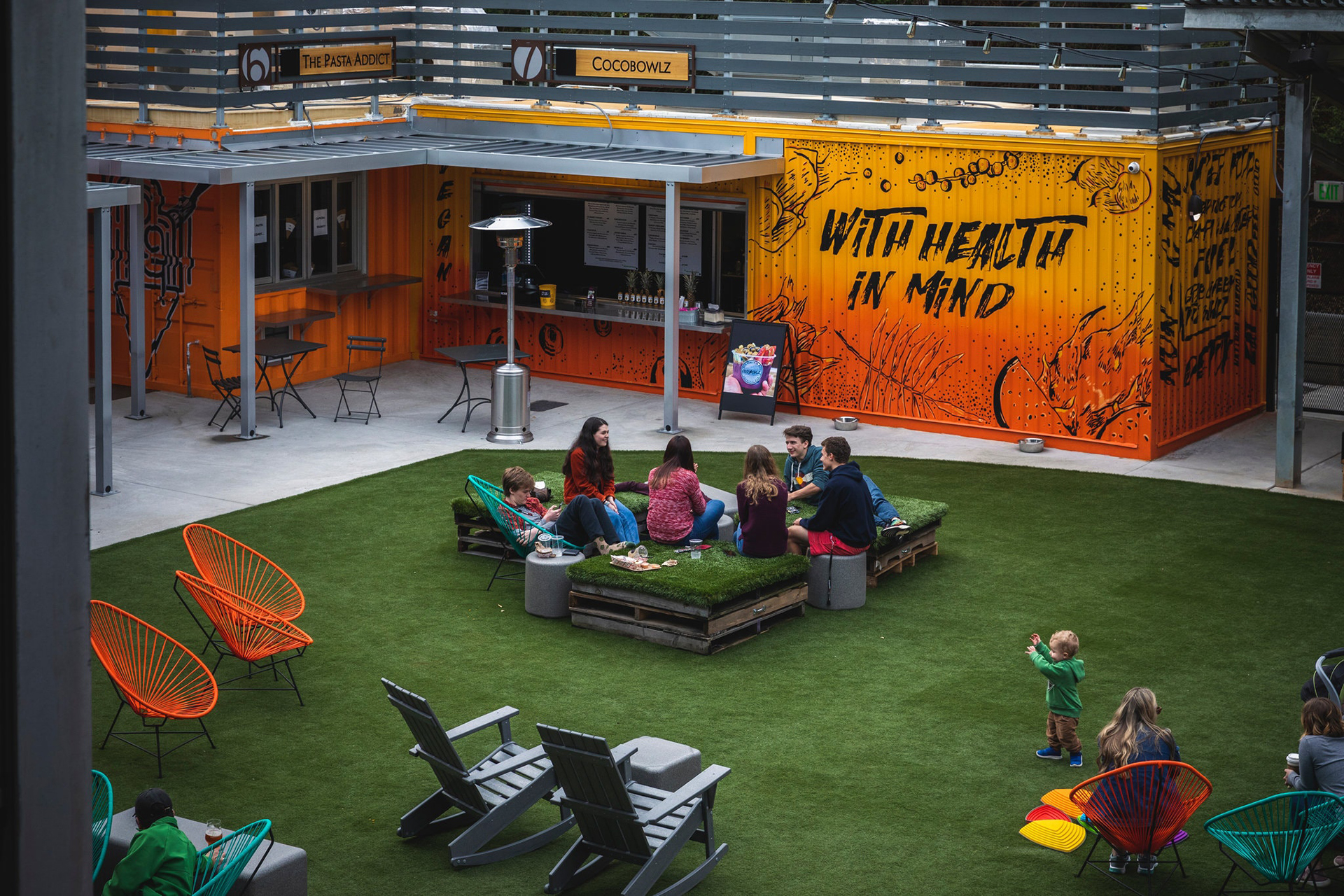 Why This Trump-Leaning Corner of South Carolina Has the Jitters

This article was originally published by The New York Times on February 29th, 2020.

Why This Trump-Leaning Corner of South Carolina Has the Jitters

The Upstate region, which has been transformed by global trade, is frustrated by the president’s tariffs and wary of a Democratic front-runner who embraces democratic socialism.

GREENVILLE, S.C. — At a luncheon this week where 600 business leaders gathered to celebrate the billions of dollars that global trade has pumped into their local economy, John Lummus, head of an economic development group, rattled off just a few of the successes: a 16 percent increase in total jobs over the last two decades, a 67 percent increase in per capita personal income.

For emphasis, Mr. Lummus, director of the Upstate SC Alliance, played a video clip of the pro wrestler Ric Flair, who let loose with his trademark triumphant exclamation: “Woo!”

Indeed, this was by many measures a woo-worthy moment for the northwest corner of South Carolina, which global trade has transformed into an industrial powerhouse.

When the region — a conservative swath of 10 counties known as the Upstate — saw its textile industry dry up at the end of the last century, its leaders responded by aggressively marketing itself to foreign manufacturers as a cheap, practical place to do business.

The marketing campaign paid off.

Over the last two decades, more than 500 international companies have been lured to the region, including BMW, the undisputed game changer. The German auto giant opened for business a quarter-century ago; multiple expansions have made its sprawling, high-tech facility just outside of Spartanburg, S.C., the largest BMW factory in the world, employing 11,000 workers.

Other companies followed, like Bosch, Fujifilm and Adidas, and as they did, the region found itself edging toward something like cosmopolitanism, increasingly defined by global corporate executives, a booming arts scene and gobs of money.

The downtowns of the Upstate’s largest cities went from boarded up to spruced up. Downtown Greenville became downright fancy, with the hallmarks of a thriving city like food trucks and miles of bike trails.

Yet as voters statewide prepare to vote in Saturday’s Democratic primary, there is also a palpable undercurrent of anxiety among the Upstate’s executive class — and beyond.

Though the Upstate region, still defined by evangelical religion and social conservatism, and its 1.5 million residents heavily supported President Trump in the 2016 election, his tariffs and trade disputes with China — South Carolina’s No. 1 export market — and Germany have given business leaders three years of intermittent dyspepsia.

Some are now doubly worried that the Democratic front-runner is Senator Bernie Sanders of Vermont, an outspoken critic of globalization.

Mr. Trump may have smacked the Upstate’s golden goose around a little, but Mr. Sanders “takes the ax to the head of the golden goose and cuts it off,” said David Britt, a Spartanburg County commissioner and vice president and general manager of Tindall Corporation, a locally based maker of precast construction components.

The dramatic metamorphosis of the Upstate has gone hand-in-hand with South Carolina’s broader strategy of marketing itself to international businesses as a “gateway” to the North American market — one “strategically located halfway between New York and Miami,” as the state’s promotional materials put it.

A succession of conservative governors has also emphasized South Carolina’s decidedly inhospitable climate for unions. Nikki Haley, the state’s former governor, used to talk about “kicking” organized labor with her high heels. And while that has been attractive to some big corporations based in the Upstate, not all boats have been lifted. The state ranks 43rd in median household income, and is one of the nation’s 10 poorest.

That helps explain why a candidate like Mr. Sanders, and his brand of democratic socialism, may do well here in the primary despite a statewide unemployment rate below 3 percent.

In Greenville, expensive condos, nice restaurants and downtown buzz are driving up prices in historically black and working-class neighborhoods like the West End, said the Rev. Patrick Tuttle of St. Anthony of Padua Catholic Church.

“They’re simply being kicked out,” he said. “Maids, Family Dollar cashiers, people who set the tables and pour the water glasses at the many new hotels and banquet facilities, many of which were built in the last five years.”

Mr. Sanders’s campaign recently posted a video to Twitter decrying the gentrification pressure in Greenville, which is about 63 percent white and where the average household income is nearly $83,000.

The Rev. Stacey D. Mills of Mountain View Baptist Church, which is historically African-American, was among the black activists who appeared in the video. In an interview this week, Pastor Mills said that he was not against free trade — but that he wants to see the local education system help train those who have been left out.

“My problem is not that we have free trade, or that we’re participating globally,” he said. “My problem is that the people I serve aren’t having access to that as the same rates as others. And where Greenville is concerned, we’re seeing an influx of people from outside of this region that are faring far better than those who are native to the region.”

On Tuesday evening after work, Ms. Turner, 28, was sipping red wine with her colleagues at their headquarters on Augusta Street, a handsome thoroughfare lined with boutiques and performance spaces. Alan Ethridge, the executive director, spoke of the tremendous financial support that has helped the arts scene flourish here, and pointed out the children’s theater being built across the street.

When the talk turned to politics, Ms. Turner, who is white, said that she and most of her peers would vote for Mr. Sanders on Saturday. She liked the idea of universal health care, she said. And she thought Mr. Sanders would treat the golden goose just fine.

“I don’t think he’s against the good parts of capitalism,” she said of Mr. Sanders.

Down the street, the marquee of the Warehouse Theatre advertised its production of the gender-bending rock-and-roll drama “Hedwig and the Angry Inch”; a Wednesday night forum there promised to explore “the history and culture of drag in Greenville.”

In a city perhaps best known nationally as the home to Bob Jones University, a bastion of the religious right that once banned interracial dating, it was certainly a statement.

At the arts council and elsewhere, residents wondered whether opening the Upstate region to global commerce has nudged it toward a new social liberalism. Those who market the city seem eager to iron out the rougher right-wing edges of the place.

In the “performing arts” section of the hip, colorful official visitor’s guide, Bob Jones University, which teaches creationism, is listed as “the largest private liberal-arts university in South Carolina” — a description that would probably not turn off a Darwin-embracing industrialist from Frankfurt.

And for some nonconformists, Greenville has become the kind of Southern city that one runs to — and not away from.

“It’s comfortable,” said Crystal Taylor, 40, a gay, married woman who moved to town about a decade ago. “We came from Darlington. It’s way worse there.”

If that augurs a leftward shift in Upstate politics, no one expects it to come before November.

Despite his trade stance, Mr. Trump is widely expected to win the region, which he handily took four years ago. Last month, he ameliorated some fears among the business class by signing an initial trade deal with China.

Mr. Britt, the Spartanburg County councilman and business executive, said his business continued to be affected by Mr. Trump’s steel tariffs. Still, Mr. Britt, a Republican, said he would never think of changing parties. Instead, he has been writing letters to Mr. Trump, inviting him to visit the Upstate and see for himself what free trade has achieved.

Even in a place so transformed by the powerful hand of commerce, there are, for some, yet more powerful forces that guide their political decisions.

Jerod Tafta was hanging out this week at Gather GVL, a new open-air food hall on Augusta Street. Bearded, tattooed and decked out in a flannel shirt and red-orange vest, Mr. Tafta, 31, would have fit in at any newfangled food hall in any large American city.

Mr. Tafta talked about his years working in some of Greenville’s hippest restaurants, his stint in sales, his recent layoff, and the fact that his family recently went on Medicaid because his wife is expecting a child next month. He said he was optimistic that he would eventually find new work in the Upstate.

In a long conversation, he also talked about his recently rekindled Christian faith, and how the Republicans, in general, seemed more closely aligned with that faith. He talked about voting for Mr. Trump in 2016, and how he had not ruled out voting for him again.

“Some core, fundamental beliefs,” he said, “I can’t get away from.”

Richard Fausset is a correspondent based in Atlanta. He mainly writes about the American South, focusing on politics, culture, race, poverty and criminal justice. He previously worked at the Los Angeles Times, including as a foreign correspondent in Mexico City. @RichardFausset