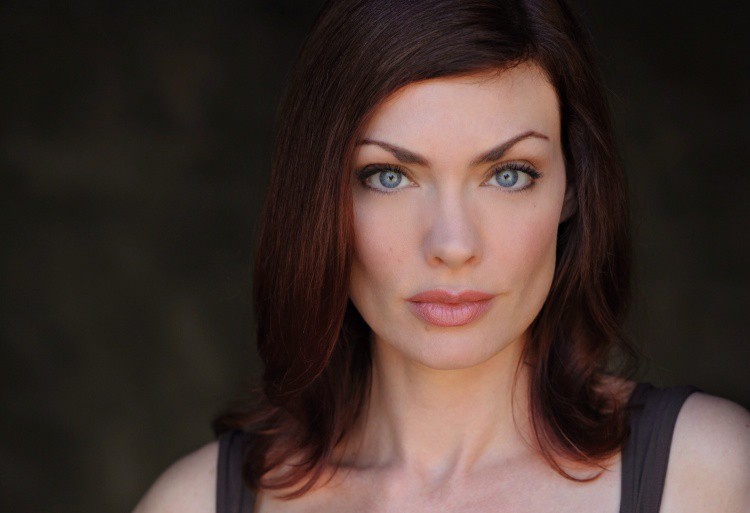 BWW Interview: Miranda Barnett of HEDWIG AND THE ANGRY INCH

By Jason JohnsonFebruary 23, 2020No Comments

This interview was originally conducted by Neil Shurley and published by Broadway World on February 17, 2020.

Get ready, Greenville, because HEDWIG AND THE ANGRY INCH opens this month at The Warehouse Theatre.

Described as “part cabaret, part stand-up comedy show, part rock concert, part drag performance, and all entertaining,” HEDWIG has won multiple awards over the years, including a Tony Award for Best Revival of a Musical.

Now it’s coming to Greenville in a brand new production. We asked co-star Miranda Barnett to give us the details.

First off, please tell us a little about HEDWIG (especially for someone unfamiliar with the show).

HEDWIG is about East German born Hansel Schmidt who becomes Hedwig Robinson, the rock ‘n roll goddess and “internationally ignored song stylist.” Hedwig tells her story over the course of this rock/cabaret/stand-up comedy show – from a childhood on the other side of the Berlin Wall, to a botched sex-change operation, abandonment, betrayal, and the search for love and wholeness. It is heartbreaking, hilarious, and will make you want to headbang!

Who are the key cast and crew members?

are very much a part of the show, are led by LeRoy Kennedy on keys, Aaron Brakefield on lead guitar, Logan Belcher on bass, and Brett Batson on drums. Andrew Scoville, who last directed BLOODY, BLOODY Andrew Jackson at WHT is directing, along with Quinn Xavier Hernandez as assistant director. Louise Ochart is the stage manager, and Elizabeth Colson is ASM. It is a fabulous team!

Rolling Stone once said that HEDWIG is the first rock musical to “really rock.” What can you tell us about the music, and how it is to perform it?

Well, I certainly can’t think of this as musical theatre. It is a punk-rock show woven together by gripping storytelling. Hedwig will tell you that among her musical influences as a child were David Bowie, Lou Reed, Iggy Pop, Toni Tenille, and Anne Murray. They’re all here too. A variety of styles from soft and longing to raging and cathartic. And performing it… exhilarating!

As a black box theatre, The Warehouse is particularly suited for radical transformations. What can you tell us about the set for HEDWIG?

I can tell you that it is site specific. Hedwig and the Angry Inch are in residence at WHT right now, and have been given permission to stay for the next five weeks. The circumstances that led to this residency are currently classified. (Come to the show and all will be revealed!)

I’ve seen HEDWIG described as being about “the slipperiness of gender and the possibilities of personal transformation.” What kinds of discussions have the creative team had about the show and how it might resonate?

That is a big question. I will say YES to that description. AND we have discussed what it means to be forced into being something that you’re not. To be stifled from becoming the being that you are. The devastating consequences of this contortion. What it means to search for wholeness outside of yourself, and does that endeavor ultimately lead to destruction. When we come to a point where we must accept our fate, what can we do? Surrender? And laugh.

HEDWIG has also been described as feeling “playful, anarchic and improvised.” How does this show differ from other shows you’ve been in – particularly something like THE HEATH, that you just closed?

First of all, I have never done anything like HEDWIG. It is perhaps the greatest stretch I’ve ever made as an actor – the musical style, the physical embodiment – it is one of the reasons I was so hungry for the role. But the deep longing, the imprisonment of circumstances, the fact that the outcome of these events, which will unfold before an audience, is a matter of life and death… that is both foreign and familiar. That is what I search for in every character. As far as THE HEATH… while there are clearly many distinctions between these shows, what is fun about both is that the story we end up telling is very different than the story we begin telling. The trajectory changes before our eyes, and that is an exciting thing to witness and discover.

What do you hope Warehouse audiences will take away from this production?

For each person to be affirmed in their uniqueness. This show is for the misfits, the losers, the strange rock and rollers, and anyone who has ever been on the outside looking in. Know you’re doing all right. Hold on to each other. And lift up your hands!