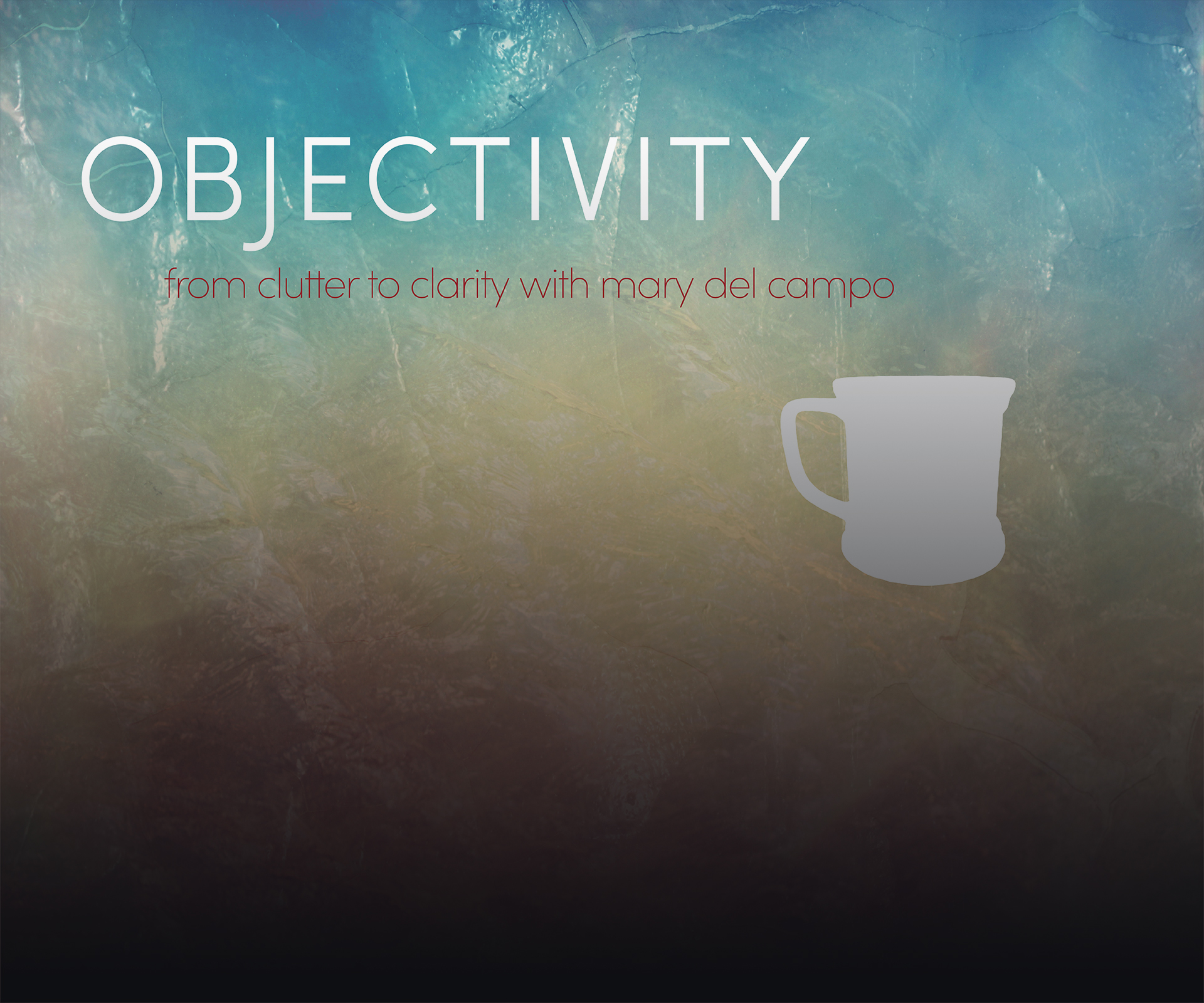 By Jason JohnsonSeptember 22, 2020No Comments

This Neil Shurley article was originally published by Broadway World on September 18th, 2020.

“Part of our mission says that we are working to expand what is theatrically possible in the Upstate and I can think of no better way than this,” says Warehouse Producing Artistic Director Mike Sablone. “There is an absurd amount of content that we all have access to relatively easily – and it’s how a lot of us have stayed sane over these last 6 months – however, what we all have been missing is the immediacy of a live performance unfolding in front of us.”

OBJECTIVITY is a Zoom-specific show starring Jessica Eckenrod as Mary Del Campo, a character that Eckenrod says is “loosely based on the Declutter Queen herself,” Marie Kondo.

“Mary represents that side of us that is trying desperately to ‘make room’ for all of the things we love, while still trying to make room for ourselves,” Eckenrod explains. “I love her so much, because she is a genuine human trying to do the most good for her viewers AND the objects they possess in hopes that when the seminar concludes, everyone (and everything) will leave with a sense of value and purpose.”

“I have known Andy and Jeff for a long time from my days in Los Angeles,” says Mike Sablone. “Andy was a casting director at Center Theatre Group when I was a dramaturg there. I’ve admired their creativity, sense of humor, and ingenuity for as long as I’ve known them. When it became apparent that producing our season in person was going to be too dangerous, they were the first call I made.”

Jeff Crocker says that OBJECTIVITY began as an idea for an in-person experiential piece, but that changed as theatres began closing. “We didn’t think it would be able to be developed in the near future, but when Mike asked us to pitch him ideas for an online, interactive show, we thought OBJECTIVITY would be a great fit.”

Like many of Mister & Mischief’s shows, OBJECTIVITY combines several elements, including improv, music, and audience interaction. But this is the first one to be produced remotely. “Our key to a coherent virtual experience is making sure that all the elements speak to the themes of the show,” Jeff Crocker says. “We want to make sure that entering the digital space, navigating the space and the technology, the necessary added skills for managing your camera or chat, are considered as part of ‘the show’ because it certainly isn’t part of a traditional theater experience!”

“Another big key to integrating all those elements is embracing the genre and the technology – warts and all,” adds Andy Crocker. “We’re not pretending that Zoom isn’t Zoom. It is a show about a webinar, told in the style of a webinar. No greenscreens, no special effects. Chat is chat, computers are computers – even the audience isn’t playing a character, they are themselves. As for the improvisational elements, I’d just say that real-life human interaction isn’t scripted, so when our decluttering expert is talking to the audience, that is just a real conversation. I like to think of OBJECTIVITY as site specific theatre – but the site is Zoom.”

Mike Sablone has already been impressed with the way the rehearsal process has worked, even though the Crockers are in California and Eckenrod lives here in Greenville. “Watching these artists come together and use the audience in real time to tell a story is a slightly different but equally thrilling experience,” Sablone says. “It’s inspiring to watch how nimble they all are, embracing the unknown and adapting the story based on what the audience is giving them. Watching this story unfold live each night will give you the same thrill that you get from sitting in our black box on Augusta, just from the comfort of your own home.”

That feeling of comfort is something Jessica Eckenrod stresses to potential audience members. “Interactive theatre is something new to Greenville, and I’m sure it sounds scary to some,” she says. “Just so you know – IT’S TOTALLY NOT SCARY! It’s fun, refreshing and just what a pandemic needs. The ‘seminar’ that you are attending is full of nothing but love and excitement you are there. I encourage everyone to get involved and have fun, because if so, you (and your object) will leave this seminar feeling a little bit lighter.”

“Jeff and I really believe that being playful is one of the best ways to be present with others,” says Andy Crocker. “That isn’t easy for everyone, especially in times of stress. But if we can inspire people to be brave and playful, with the work and with each other – even just the teeniest tiniest eensiest weensiest little bit. Just by showing up and bringing an element of themselves, they can feel a little more connected. A little more present.

“Also, maybe someone will want to get rid of their old shot glass collection and manifest their wildest dreams! Probably not. But maybe?”

OBJECTIVITY will run from September 30th to October 17th. Each seminar is limited to 25 participants and tickets are $25. Tickets are on sale now.